Never trade the quality of your craft for fame or money. Words from Nigerian born, Music producer and Recording artiste, Mac Roc. On his celebrity of the week exclusive chat interview with Sammy Sas.

Sammy Sas: Pls can we meet you?

Mac Roc: My name is EfeOghene MacDonald Aka Mac Roc,  From delta state

Sammy Sas: So tell us about your early days growing up?

Mac Roc: Was given birth to in Lagos
Mac Roc: Moved to yola afterwards
Mac Roc: Then… Started schooling.. Before relocating to Benin city.  Where I completed my secondary and university

See:  Celebrity Interview of the Week with Age | Hosted By: SammySas @RealSammySAS @NgospelMedia

Sammy Sas: When did you realized you had a passion for music?

Mac Roc: When I just got into secondary school
Mac Roc: Had a lot of interest in the piano… Started having classes with my mum… From there I developed

Sammy Sas: So when was that point in your life, you realized you wanted to be a music producer?

Sammy Sas: Who was the first artist, you produced?

Mac Roc: Osasu, Anita and hafidz… A song titled reach to the stars

Sammy Sas: So how has the journey been, since then?

Mac Roc: Been all Gods grace… I work hard,  I won’t say it’s hard work that’s brought me this far… Cause others work harder than I do trust me… It’s been an adventurous and fun journey so far. Really excited with what the futures holds

Sammy Sas: So tell us about some major projects and artists you have worked with since the inception of your professional career

Mac Roc: My major projects so far should be my covers..  Working on a cover album very soon,  just love doing covers,  covered a whole lot of popular songs, recent ones are wish me well with Timi Dakolo,  up to something cover with Don jazzy and iyanya

Mac Roc: Mac for MacDonald…. Then am in a body of musicians called roccity
Mac Roc: So I just took out the first syllables of the names
Mac Roc: Mac Roc

Sammy Sas: Is that what influenced your Rock type of music production?

Mac Roc: As a producer I produce all genre of music… Personally have been a rock lover,  so it actually creeps in most times in my sounds

Sammy Sas: With your experience as a music Producer, what do you think is the problem/challenge in the Nigerian music industry?

Sammy Sas: For the Gospel artiste do you think there is a chance of getting to the Grammy?

Mac Roc: Yes oh…. A huge chance… With God all things are possible

Sammy Sas: Kindly tell us some few Gospel musicians you have worked with?

Sammy Sas: I guess God has been faithful

Sammy Sas: So on a scale of 1-10 how much do you know your culture and traditions?

Sammy Sas: Which local meal can you prepare very well?

Sammy Sas: Is that your favourite meal?

Sammy Sas: Who are your role models?

Sammy Sas: Your father is a clergy?

Sammy Sas: Apart from Jesus Christ,who is your favourite character in the Bible?

Sammy Sas: If you were to be Simeon Peter,in the Bible,would you have denied Jesus, When you know you might be crucified also?

Mac Roc: No I wont

Sammy Sas: So are you a husband material or a serving husband?

Mac Roc: Better to try and be rejected than make no effort

Mac Roc: Be patient.. Never trade the quality of your craft for fame or money.

Sammy Sas: If you were to be an animal, which animal would you be?

Sammy Sas: So how can your fans reach you on social media?

Sammy Sas: Your final words to your fans out there

Mac Roc: Don’t loose hope, keep the good work in what ever you doing,  and always be thankful and stop complaining

Sammy Sas: Thank you so much for  your time Bro

I know you must have enjoyed this interview, therefore make it a date with me next week on your No1 Urban Gospel blog www.nGospelmedia.com for participation and inquiries call/whatsapp +2347068211976 Facebook : Sammy SAS .Twitter @RealSammySAS. Mail : [email protected] have a glorious week ahead.You will be fine. Deuces

Other Interviews You Might Love to Read By Same Author: Sammy SAS; 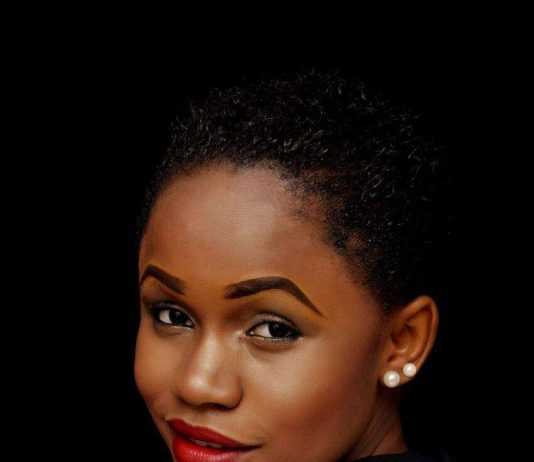 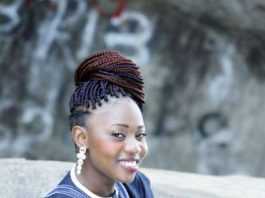 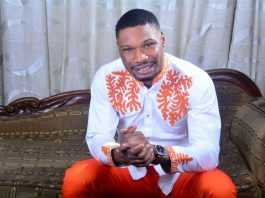 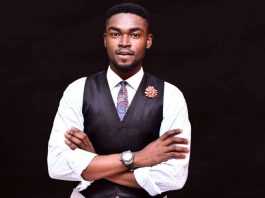 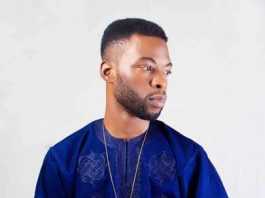 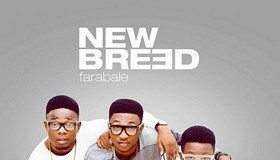 Anita Adokpela: Celebrity of The Week Interview With Sammy SAS

Moses Akoh: Celebrity of the week With Sammy SAS | @RealSammySAS

Aaron Sunday: Celebrity of The Week With Sammy SAS | @RealSammysas 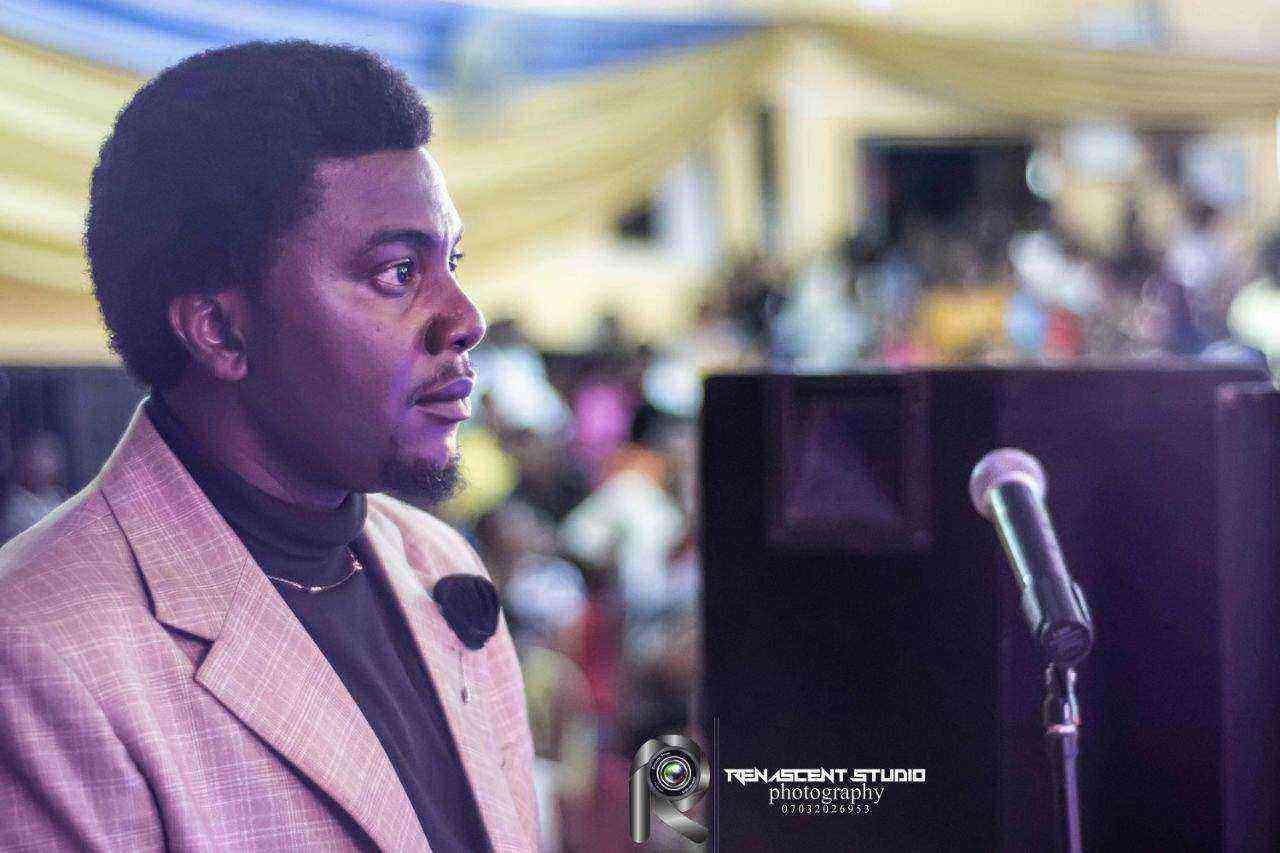 Kenny K’ore: Celebrity of The Week Interview with Sammy SAS

Eloho Efemuai: Celebrity of the week interview with Sammy Sas

Nolly, Celebrity of the week interview with Sammy Sas | @Nolly_CIA

See:  Michael W. Smith Interview With Mark Rice about His Hymn II Album and Work On “The Passion”

Sammy Sas, is an Abuja based Recording artist, Fashion designer, Brand Manager and Journalist. He calls himself a New School Man of God (NSMOG). He is passionate about fulfilling God divine assignment.

Subscribe to our newsletter
Sign up here to get the latest news, updates and special offers delivered directly to your inbox.
You can unsubscribe at any time

Lyrics: In Your Name – Ada Ehi

Celebrity Chat Interview of The Week With – Gina Pat

Celebrity Chat Interview Of the Week, With Ehi Edwards Hosted By Sammy Sas…

Subscribe to our newsletter
Sign up here to get the latest news, updates and special offers delivered directly to your inbox.
You can unsubscribe at any time

It can only get Better ~ Kalusian ft. Shanta Fuentes ~…

Latest Music Update ::: It Can only Get Better ~ Will Be…

I Never Loved Singing – My Music Journey By Kalusian

Mountain Top Life Daily Devotional 28 May 2022 By Dr. D.K Olukoya ~ Where Is The Lord… Read More

Celebrity Interview Of The Week With “Deborah Eneojo…

Celebrity Interview of the Week With Mc Asawana Hosted By…

Celebrity Interview of the Week With Pherowshuz Hosted By:…

Celebrity Interview of the Week With Valkiz, Hosted by Sammy…


X We use cookies on our website to give you the most relevant experience by remembering your preferences and repeat visits. By clicking “Accept”, you consent to the use of ALL the cookies. In case of sale of your personal information, you may opt out by using the link Do not sell my personal information.
Read More ACCEPT Cookie settings
Manage consent

This website uses cookies to improve your experience while you navigate through the website. Out of these cookies, the cookies that are categorized as necessary are stored on your browser as they are essential for the working of basic functionalities of the website. We also use third-party cookies that help us analyze and understand how you use this website. These cookies will be stored in your browser only with your consent. You also have the option to opt-out of these cookies. But opting out of some of these cookies may have an effect on your browsing experience.
Necessary Always Enabled
Necessary cookies are absolutely essential for the website to function properly. These cookies ensure basic functionalities and security features of the website, anonymously.
Functional
Functional cookies help to perform certain functionalities like sharing the content of the website on social media platforms, collect feedbacks, and other third-party features.
Performance
Performance cookies are used to understand and analyze the key performance indexes of the website which helps in delivering a better user experience for the visitors.
Analytics
Analytical cookies are used to understand how visitors interact with the website. These cookies help provide information on metrics the number of visitors, bounce rate, traffic source, etc.
Advertisement
Advertisement cookies are used to provide visitors with relevant ads and marketing campaigns. These cookies track visitors across websites and collect information to provide customized ads.
Others
Other uncategorized cookies are those that are being analyzed and have not been classified into a category as yet.
Save & Accept
Sign in
Sign in